Disney Cruise Line ships have some of the largest rooms in the cruise industry even though they’re still a bit smaller than a standard hotel room.

If you’re a first time Disney cruiser, here’s some info on the type of cabins you’ll find on a Disney cruise ship and a few things to consider before you make your stateroom selection. 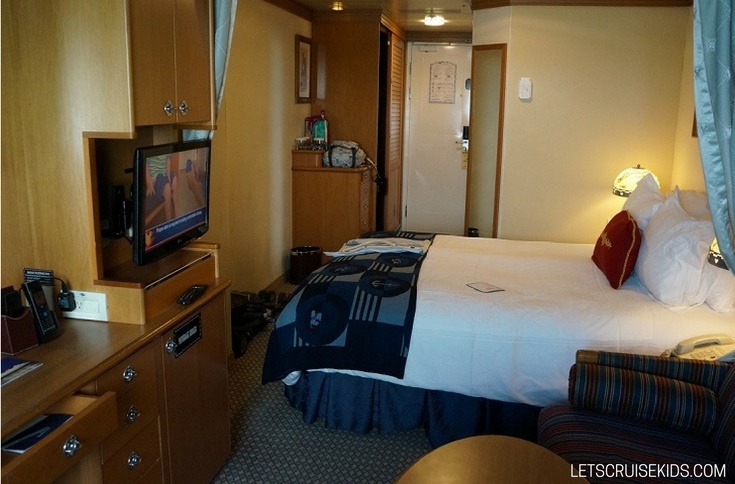 Here are 8 things to consider before you reserve your cruise ship stateroom:

Staterooms are divided into four different categories (listed in order of affordability):

Inside cabins are very limited. On the Disney Dream and Disney Fantasy, less than 15% of the rooms are inside staterooms and less than 30% of the cabins on the Disney Wonder and Disney Magic fall into this category.

If you’re on a limited budget and would like an inside cabin, reserve your stateroom as soon as possible as these are the first to go during high travel season.

Family suites can accommodate larger groups however, budget conscious cruisers can save a good chunk of change when booking two adjoining rooms in a lower category.

4. Secret Rooms with Outside Views For Less

There are “secret porthole rooms” on the Disney Wonder. These series of rooms are categorized as inside cabins but they have a small porthole which offers an obstructed view of the outside of the ship. It doesn’t offer a great view but a bit of natural light will be able to come into the room and you don’t have to pay extra for it. These rooms are:

There are also “secret verandah rooms” on the Wonder. These rooms have a private, open air deck but with a slightly obstructed view and are sold for less than cabins with full exterior views. Secret verandah rooms on both the Disney Magic and Disney Wonder are:

5. Inside Staterooms on Disney Dream and Disney Fantasy with Outside Views

Disney Dream and Disney Fantasy inside staterooms have Magical Portholes that shows real-time views of the exterior of the ship on an LCD screen above the bed. Disney characters appear on the screen periodically throughout the day. Although there is no natural light coming into these rooms, they do feel a bit bigger because of the Magical Portholes.

If motion sickness is an issue, choose a cabin in the middle of the ship on the lowest deck possible as there is less movement than at the ends of the ship. The only drawback with these rooms is that it is also the busiest and noisiest part of the ship as most activities (dining rooms, kids clubs, pools etc.) and main elevators are located here.

If you have mobility concerns then a room close to elevators may be what you’re looking for. Again, these rooms are in the central part of the ship and often the busiest.

8. Get a View of Castaway Cay

If Castaway Cay (Disney’s private island in the Bahamas) is one of your ports of call and want a view of the island from your stateroom, it may be useful to know that the ship docks facing the ocean. Port side (left) staterooms face the post office and tram station and the starboard (right) side of the ships face the beach. 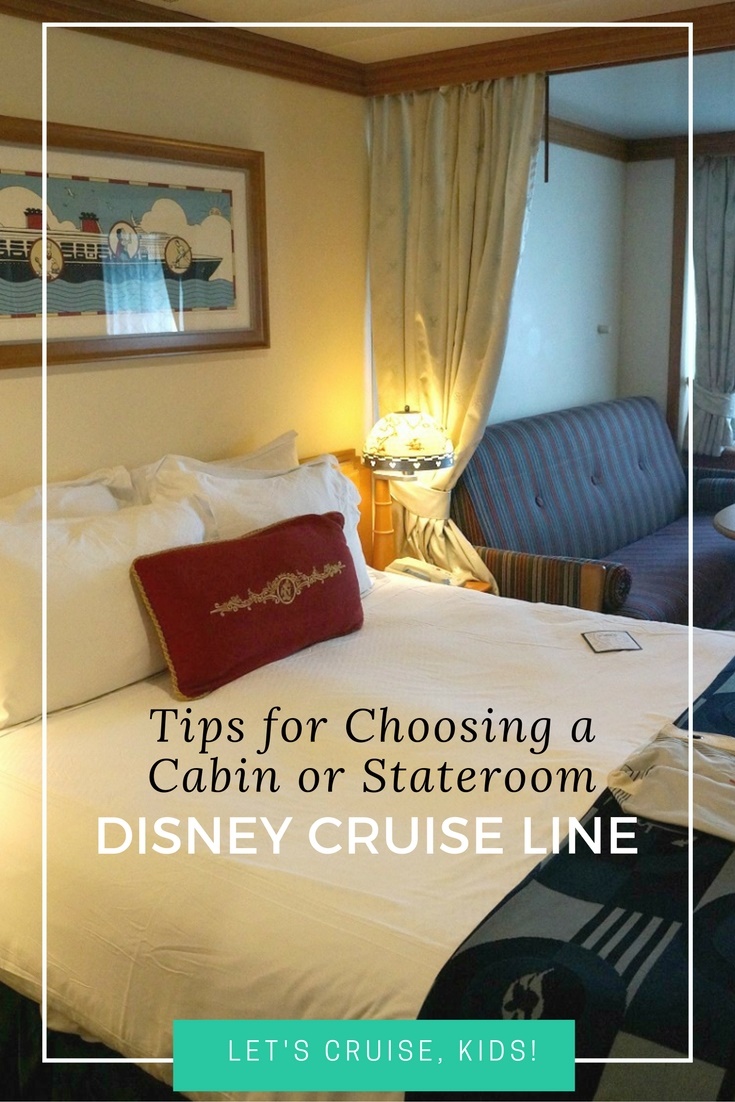 Looking for more info about cruising with DCL? Check our top tips for planning a Disney cruise with kids.

Have You Read These?

For You to Know: Let’s Cruise Kids participates in several affiliate programs including Amazon Associates. Posts may contain affiliate links. This means that by clicking on or purchasing products we recommend through a link may help us earn a small commission, which helps keep this blog running. Thank you for your support!