When planning a vacation to Walt Disney World in Florida, there are seemingly infinite choices to consider.

From what type of park tickets to get to where you want to make your dining reservations, it’s the type of vacation that needs to be thoroughly planned rather than just trying to “wing it.”

The first decision you will likely find yourself making, however, is also one of the most important—figuring out where to stay. 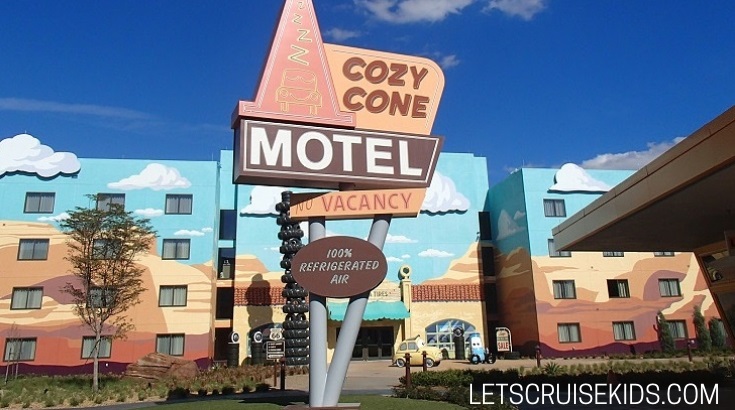 Disney breaks their resorts down into three categories: Value, Moderate, and Deluxe.

When you look at the budget for your trip, you will notice that while you find a flat rate for tickets and even for Disney’s Dining Plan, the factor that influences your vacation cost the most is the hotel you choose.

For those families who don’t want to spend an arm and a leg on lodging on your vacation, one of Disney’s Value Resorts might be perfect for you.

So what are the different resorts and which one is going to be the best for your family?

How Much Does a Value Resort Cost?

The first thing you should realize about Disney’s Value Resorts is that they are all very similar.

Unlike the Moderate Resorts and especially unlike the Deluxe Resorts, which all offer completely different immersive themes, the Value Resorts are all pretty standard.

What they lack in originality, however, they make up for in price. Disney breaks down the calendar into seasons when determining the price per night at their resorts.

While the prices are subject to go up at any time, you can expect that the lowest you would pay per night at one of the Value Resorts is about $85 (during the slowest season) and the highest is about $200 (at peak times like Christmas). As you can see, the prices aren’t exactly low, but compared to Disney’s other resorts, they are much more affordable. 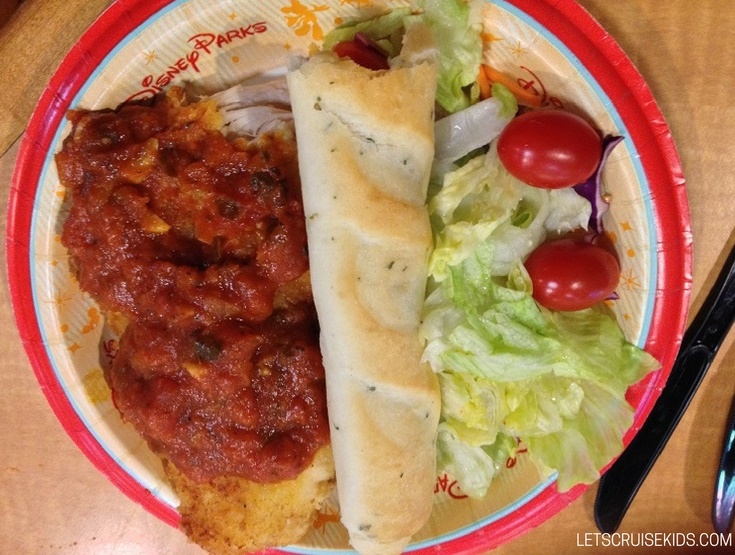 The amenities offered at each of the Value Resorts are standard across the board.

All four Value Resorts are brightly-lit motel-style hotels, meaning you enter your rooms from an open walkway outside.

They all have swimming pools, quick-service food courts, and gift shops, but that is about the extent of the resort amenities.

The rooms at all of the Value Resorts have a maximum occupancy of 4 people and are equipped with either two double beds or one King bed. Rooms have such amenities as free Wi-Fi and mini fridges.

Disney’s Value Resorts all have the common trait of being very spread out. Consisting of multiple buildings, some of the outer buildings can have almost a mile walk to the food court and bus stop.

All the Value Resorts also only offer bus transportation to the Disney Parks and around Walt Disney World, as opposed to some Moderate and Deluxe Resorts that offer monorail or boat transportation. 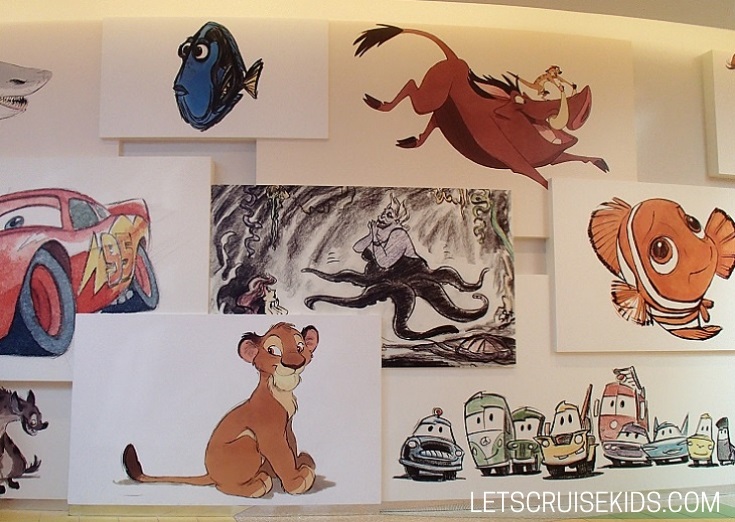 The Differences Between Value Resorts

Where the Value Resorts do differ from one another most is in their themes. The four resorts are Pop Century, All-Star Music, All-Star Movies, and All-Star Sports, and each has a distinct Disney theme.

• Disney’s Pop Century Resort – The theme of Pop Century revolves around pop culture throughout the 20th century. Each of the five buildings of the resort is themed after a different decade from the 1950s through the 1990s. Adorning the exteriors of the buildings and the courtyards surrounding them are giant replicas of items relating to that decade. Examples include a Rubik’s Cube staircase at the 1980s building and a swimming pool in the shape of a bowling pin outside the 1950s building. Read Tripadvisor reviews here.

• Disney’s All-Star Music Resort – The other three Value Resorts all fall under the umbrella of the “All-Star” Resorts. Each one has a distinct theme. All-Star Music honors different genres of music through the ages with each building being themed to a specific genre. Like Pop Century, it is adorned with giant icons, including trumpets, guitars, and drums. Read Tripadvisor reviews here.

• Disney’s All-Star Movies Resort – The second of the three All-Star Resorts, All-Star Movies is themed to various Disney movies, including 101 Dalmatians, Fantasia, and The Mighty Ducks. Its icons include oversized statues of the Dalmatians and a “Duck Pond” swimming pool. Read Tripadvisor reviews here.

• Disney’s All-Star Sports Resort – The third All-Star Resort focuses its theme around sports. All-Star Sports has novelty items like an oversized football helmet and the “Grand Slam” swimming pool, and its buildings are all devoted to a different sport. Read Tripadvisor reviews here.

While the three All-Star Resorts are separate entities, they are all neighbors. Sharing bus service among the three resorts is one of the downsides of their proximity because it often means much longer bus lines at the parks and more time spent in transit. 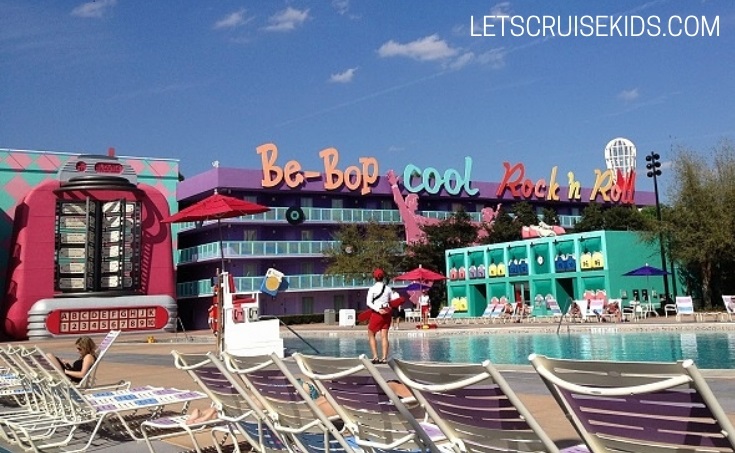 Since Pop Century is bigger, it does have farther walks from its outlying buildings to the food court and bus stops. Pop Century is also the newest of the Value Resorts and has less noticeable wear and tear than the All-Star Resorts.

When it comes to choosing the best Value Resort for your family, it mostly just comes down to a question of which theme you prefer most.

There are diehard fans of each resort, and everyone will have his or her favorite out of the four. There may also be slight differences in price between the four resorts depending on what is available for the dates you are vacationing.

When looking at the Value Resorts on the whole, it is important to remember that they are Disney’s least-themed resorts.

If price is your main consideration, you will likely have no issues with these resorts, but if you can afford a Moderate Resort, you will notice a huge step up in quality. 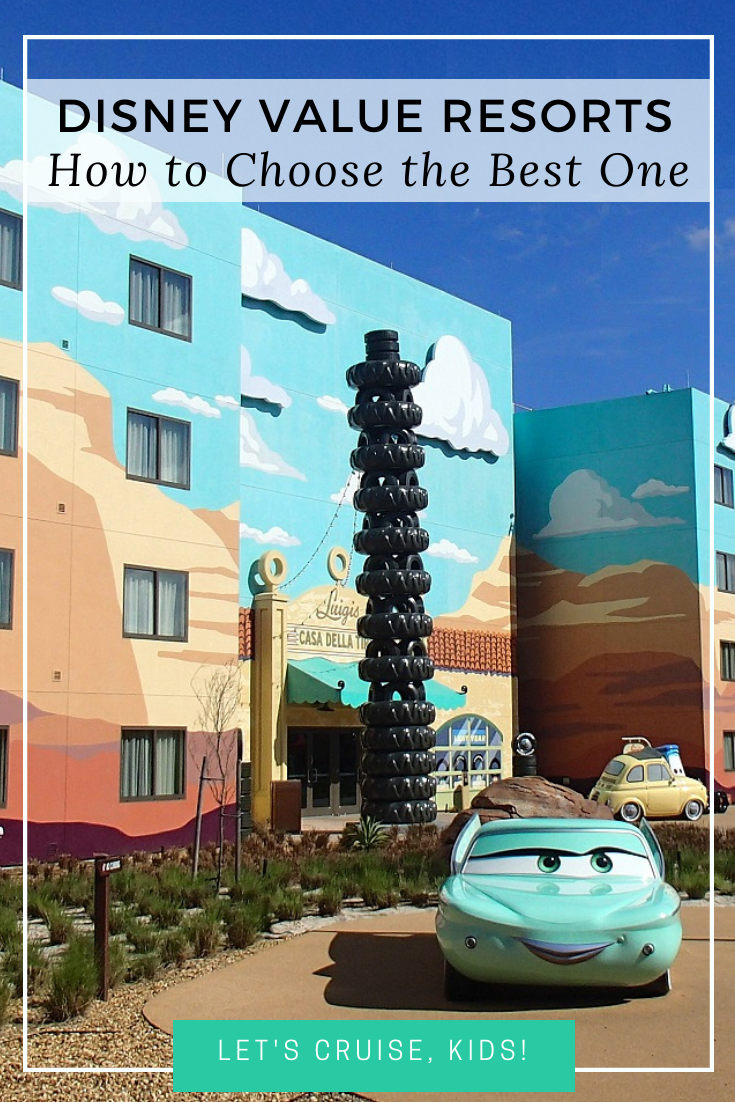 For Larger Families or Groups

If your family is on the larger side, you can also consider Disney’s Art of Animation Resort. Considered in a class of its own as a “Value Plus” Resort, Art of Animation is Disney’s newest resort. Three of its sections are comprised entirely of family suites that can sleep up to six guests, and the fourth building has standard rooms similar to those at the other Value Resorts.

If you do decide to stay at one of Disney’s Value Resorts and you approach your vacation with the right level of expectation, you will likely be quite pleased with your stay.

The Value Resorts are all kept up to the same impeccable maintenance standards Disney is known for at all its hotels. You will be able to enjoy a slightly-themed experience with easy access to the Disney Parks and a hefty dose of Disney magic.

For You to Know: Let’s Cruise Kids participates in several affiliate programs including Amazon Associates. Posts may contain affiliate links. This means that by clicking on or purchasing products we recommend through a link may help us earn a small commission, which helps keep this blog running. Thank you for your support!